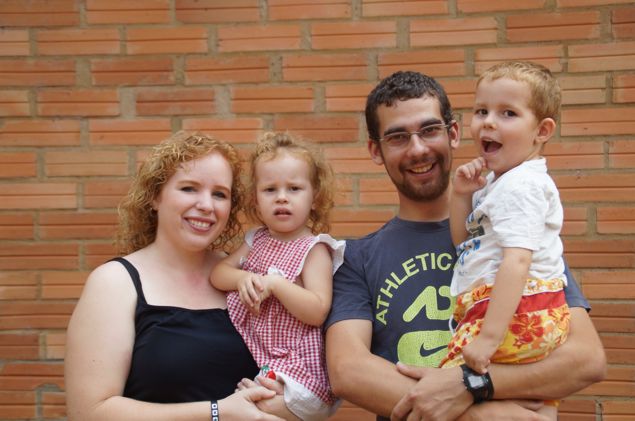 Roland, an Austrian, and Brittany, a Canadian from Prince Edward Island, met at Prairie Bible Institute in Three Hills, Alberta and got married in 2010.  They have 2 small children called Noah and Chiara.

Roland has been involved with street evangelism since 2002 in Austria and Croatia and more actively with OAC Canada as a volunteer since 2007 and joined staff in 2011.

Roland and Brittany felt the Lord’s calling on their life to move to Brazil to share the Gospel in this large and diverse country. They ministered from 2012 until 2015 in Campinas, a city of about two million people near São Paulo. They were involved in school outreaches, ministered on streets, prisons, and on ministry trips amongst the Indians in the amazon region. The ministry area that most impacted them was ministering to Brazil’s indigenous population. The Lord has led them in contact with a mission called Missão Evangélica Unida (MEU), which is the Brazilian branch of the German Indian Pioneer Mission (Deutsche Indianer Pionier Mission – DIPM) that has been working for over 50 years amongst Indians. In September of 2015 they moved to the Amazon region and are ministering in the Brazilian state of Rondônia amongst the Indians. Their main ministry focus is teaching Indians from various tribes at a small Indian Bible School and doing regular visits to the Indian villages to preach the Word of God and reaching Indians for Christ.

They continue to be on staff with OAC Canada and are working in Brazil in partnership with MEU.